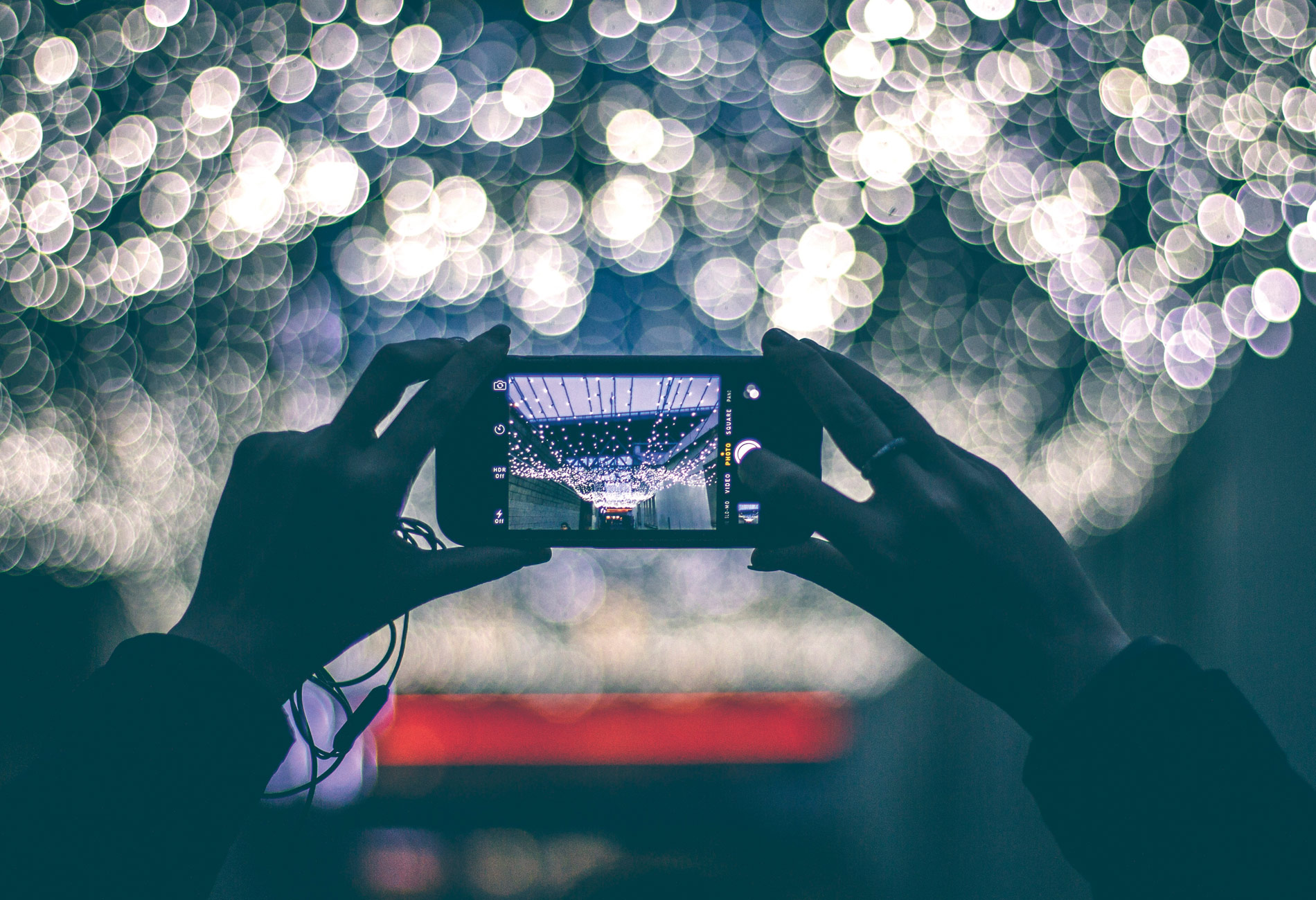 The things that make a city smart are not apparent at first sight. Beyond sophisticated devices or science fiction scenarios, the difference lies in something intangible: knowledge management.

Cities have become centres of world economic and technological development, concentrating over half the population and consuming between 60% and 80% of our entire planet’s energy. This situation poses a tremendous challenge with respect to infrastructure and sustainability, so it is urgently necessary to find solutions that will allow our available resources to be efficiently managed and to ensure the quality of life in increasingly populated urban areas.

The answer lies in smart cities, which are new city models that are committed to technology for the enhancement of mobility, connectivity, sustainability and infrastructure. With the installation of sensors and the implementation of artificial intelligence systems, a smart city can obtain knowledge by analysing data. The goal is to develop spaces of coexistence that are friendlier, more habitable and more environmentally responsible.

Cities like Singapore, Vienna, San Francisco and Copenhagen have been put forward as examples of smart urban planning and they hold the leading positions in the international rankings of smart cities. But the Spanish cities are not lagging behind: Barcelona, Málaga, Benidorm and Valencia are working on innovative projects that place them in the forefront of technology at the service of the city.

While walking along the streets of Barcelona, it is not easy to see the technology that makes it a smart city. It does not only involve an extensive WiFi network, the innovative system of smart lifts at the Metro stations or the new electric buses that can recharge their batteries quickly while en route. The intelligence factor can be noted especially in the access at all times to information on the operation of the city thanks to a network of nearly 20,000 sensors.

Distributed throughout the city, the sensors collect and send information in real time on the operation of a wide range of services, including transport, public lighting, waste collection, tree health and park watering. The decisions that are made on the basis of these data help to provide energy savings and the optimization of municipal resources. Citizens, for their part, have real-time access to information on many different things like parking, public transport, air quality and tourist routes. In this way, intelligence in Barcelona is conceived to serve people by enhancing the management of the city, providing knowledge and facilitating the creation of more sustainable spaces to allow the environmental and social challenges of the macro-cities of the future to be met.

Connectivity plays a key role in making all this possible so the implementation of 5G technology throughout Barcelona, envisaged for this year, will do much to achieve the high standards of a veritable smart city. In fact, Barcelona has already taken the measures necessary to host this technology and it aspires to become the great European 5G laboratory. It is not surprising that PricewaterhouseCoopers has chosen the Catalan capital as one of the cities that is best prepared for the technology of the future.

Although there are of course certain standards that determine the development of smart cities, in practice there does not exist one single smart-city model. Indeed, in the case of Benidorm, the first projects were linked to tourism. Starting out from there, technology has allowed other sectors to be included and Benidorm has now become the first smart tourist destination (STD) certified with the prestigious Q mark of the Spanish Tourist Quality Institute.

Benidorm’s Technical Office for Innovation and Intelligence –its Smart Office–, monitors in real time the management data of municipal resources such as traffic control, surveillance cameras, the traffic light network, and the public buildings cleaning service. Also of interest is the smart system for water management, controlled from the Dinapsis laboratory, which allows verification of water quality, enhancement of the water supply’s adaptability to the demand, and the establishment of network renewal plans, ensuring efficient utilization.

However, for a city that welcomes each year several million tourists –who are especially attracted by its climate–, the management of its beaches is a priority. Applying the Smart Beaches model of the Valencia Region, which focuses on technological solutions for the sustainability, accessibility and safety of beaches, actions have been started up that include the deployment of a free WiFi system to monitor the influx of bathers, the use of surveillance drones all along the coast, and the design of smart bracelets indicating the location of children on the beach.

Málaga, for its part, may be described as a very well connected town that is close to citizens, focusing especially on an energy model that has gone to make it an international reference among smart cities. Indeed, Málaga stands out in the field of energy efficiency. This city is a pioneer in the integration of renewable energies, the installation of efficient lighting and the use of artificial intelligence for the development of smart grids – a concept involving the automation of the electric power network which has attained a much higher level in Málaga than what is specified in the current standards.

Málaga works in collaboration with Endesa in this field at the the Living Lab Smart City Málaga, where the energy of the city is measured in real time thanks to a network of sensors in 37 electrical substations and to the installation of smart electricity meters. Among other things, this allows the monitoring of the energy consumptions of the city’s municipal buildings, the control of the distribution network which supplies electricity to homes, and the balancing of the network’s supply and demand according to needs at any given time. Málaga has also been a pioneer in mobility and accessibility, promoting public transport and supporting the use of electric vehicles, for which there are 35 cost-free recharging points. What’s more, the city was recognized by the European Commission with the Smart Tourism Prize in the accessibility category of the European Capital of Smart Tourism 2019 contest.

The town of Valencia has been working hard for years to become a leading smart city, focusing on digital transformation in all spheres of activity, beginning with governance. This is shown by the start-up of the transparency portal, the expansion of the electronic public administration services, and the launch of citizen participation initiatives following the model of the city of Madrid. In addition to this, Valencia is striving to establish a system that reports on what is happening in the city at all times, based on the VLCi platform, a “brain” in the cloud that monitors overs three hundred sensors charged with managing mobility, public services and the environment.

The next step in the implementation of Valencia’s smart city project will be to equip over 200 municipal buildings with smart services. These buildings include sports centres, museums, monuments, municipal markets and schools. The aim is to allow citizens to make online reservations, to consult the availability of services and to check on visitor capacities. The Smart Beach model is also being implemented on Valencia’s beaches in view of its success in the neighbouring town of Benidorm. This includes the deployment of WiFi connections, benches with informative touchscreens, and an innovative mapping and image analysis system that will inform bathers about beach occupancy. The case of Valencia shows that technology can be transparently incorporated into everyday life for a city’s inhabitants, contributing to the creation of friendlier, more efficient and more sustainable coexistence spaces.

In Valencia as well as in Benidorm, Málaga and Barcelona, the technology that has already been deployed and the forthcoming impetus of 5G open unlimited possibilities for the development of exciting new smart city projects. How far these technologies will go in facilitating people’s lives is something we will be seeing in the not too far off future.

Madrid, a development pioneer
Madrid has a long history in the forefront of the smart cities movement and it has pioneered the development of smart urban projects, such as the Consul open source  platform, which facilitates the participation of Madrid's citizens in the municipal decision-making process and the comparison of various indicators of municipal governance. Consul won the United Nations award for the Best Public Service in 2018. One of the latest projects started up by Madrid is the Efibus device, which measures the driving efficiency of municipal buses. Thanks to Efibus, the city expects to stop emitting some four tonnes of nitrogen dioxide and 2,100 tonnes of carbon dioxide yearly, equal to the emissions of about 1,150 private cars.

Madrid
Madrid’s luxury hotel of longest standing reopens its doors under the aegis of Hidden Away Hotels, now as a comfortable and distinguished 5-star…

Secrets of the Hammam Al Ándalus

Madrid
In the West we’ve forgotten what it is to inhabit our bodies: we force them, bend them and mould them in gyms with a personal trainer, without…